The accumulation of small moments over 20 years

Sometime in the mid-90s, I started going to shows. Long before that, I went to baseball games, with my dad. But it wasn’t until 1999 that I started saving the ticket stubs that got me into those events.

Maybe going to these outing over the last 20-40 years is what eventually led me to becoming a speaker at events. Get a group of people together and, well, we need something to happen: music, theater, sports, spectacle, competition, challenge. Individually, people are strange. Collectively, people are essential. No one buys tickets to an empty room.

Over the past few weeks, once we were mostly moved into our new house, I started a project that I’ve had in the back of my mind since the late 90s: the ticket wall. I always knew that someday, I’d have a cache of tickets large enough that I could turn them into an art-meets-nostalgia display. It took about two weeks,but I sorted the tickets by year and, one-by-one methodically stuck them to the wall in mostly chronological order.

The other night, I spent close to an hour just looking at them, trying to remember whatever show or game or performance or moment-with-an-audience that caught my eye. Some of them I had vivid memories. Others, I’m not entirely convinced I was even there. But the most rewarding aspect of the whole project for me was the sheer number of these tickets I’ve kept. By doing what I liked to do in the moment, I’ve had a few decades of moments to enjoy, forget, remember, then enjoy again.

Live in the moment. Play the long game. Do either and you’re on the right track. Do both and you’ll be happy with where you came from and where you are.

Jon Stewart on the Creative Culture at The Daily Show
Matt Dunne demonstrates that Ira Glass was right
What "blows your hair back"?
Deserts are a rich ecosystem
Spread the love 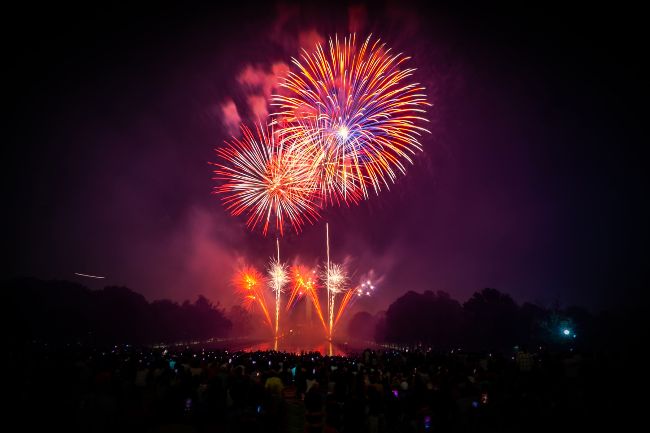 Why we have fireworks
Previous Article

Watch out for the flying speaker box
Next Article
EVERY WEDNESDAY