Breaking down the annual holiday speech

As every speechwriter knows, holidays present a special messaging challenge. They’re a recurring appointment on your Outlook/Google calendar — they have a built-in meaning that doesn’t change, they happen every year, and they run the risk of a “High B.S. factor” (ie “this year is different because …?”).

One approach to situations like these is to go personal, then go populist. It works in nearly every type of public speaking platform, from big-deal executive speeches or award ceremonies to more informal settings like wedding toasts or receptions. In this case, we were filming a simple video message to send out to the association membership via social media channels. You can look at it as a formality, but there’s no reason it can’t have true resonance and emotional appeal.

So, as a how-to, here’s a look at what I wrote in a Labor Day message for Steve Brown, the 2014 President of the National Association of Realtors, and why, in commemoration of Labor Day.

I write all my speeches in outline or a poetry format, for a few reasons. I think it’s easier for the speaker to read and visually understand the structure and nature of the speech. By using two levels of bullet points (3 levels total), you can instantly see the relationship between phrases.

The other reason I write this way is to keep myself honest. Speeches should never have long sentences. That is the main difference between writing for the stage and writing for the page. Readers take in an average of about 250 words per minute, while listeners can only handle about 125 per minute. In this format, if I have a sentence that makes it to a second line, I better have a legitimate reason for that length.

As summer draws to a close, another Labor Day is now upon us.
Some of you are returning from vacation while others are sending the kids back to school.
But have you thought about what this holiday really means?

As I teach in my public speaking classes, the Rule of 3 is your friend. As a speaker, you’ve got three quick sentences to get the listener’s attention and explain to them what this is about. You state the scene, add some detail, then pose the question. It has a rhythm to it that the human brain expects on a subconscious level. You know where I get that approach from? Stand-up comedy. It’s the setup/expansion/punchline format. Have you ever noticed this? Something happens and then something else? Well, here’s my thought on that.

Another thing I try to do upfront is use as many words as I could to evoke this specific time and place. In this case, you have summer, vacation, kids, school, holiday. You hear these words together and you already get a sense of where we are.

Finally, Labor Day is a doorway. So, I chose to start with a phrase that has an “in progress” feel. “As the summer…” feels a little bit like “we join this program, already in progress”. You want your message to create urgency and there’s no better way to do that than to illustrate the scarcity of time. Improv theater training tells you to “start in the middle” of a scene. Don’t worry about exposition, dive in.

Hi, I’m your NAR President, Steve Brown
To me, Labor Day reminds me of my dad
Donald Brown was the hardest working person I ever knew
He had his own dairy distribution business

My dad would get up at 4:30 every morning
and work long hours to provide for our family
He gave me my first job
He taught me the value of hard work
and the value of personal relationships

To inject the personal into this message, I called Steve and asked about his father. Being elected the President of a one-million-member association is a considerable measure of success. It takes years of work, dedication, and building relationship with enough members who will vote for you. How did he become someone who would follow that path? What Steve told me about his father fit perfectly into the message of hard work. “Dairy distribution business” does not in any way sound glamorous. It fact, it sounds like Work with a capital ‘W’. It also sounds like making an honest living in the heartland (Ohio, in this case).

As a complete coincidence, my dad also got up before dawn for decades to go to work. As someone who is not a morning person, this little detail really resonated with me as a perfect indicator of dedication. Steve tells this story to honor his father, but it also tells us about Steve and his values. This isn’t necessarily a story about Steve and his father spending time together, it’s about leading by example and learning from sacrifice. But it’s still “father and son”. It’s a little bit “standing on the shoulders of giants” and a little bit Field of Dreams.

This section wraps up with another Rule of 3, as Steve talks about what his father did for him, in specific terms. First job, hard work, and relationships all translate to practically every career out there, including (especially) real estate.

We need to wrap up Steve the Storyteller and return to Steve The President of over 1 million Realtors. This is the all-important “pivot.” It’s the moment you take the story or anecdote you just told and relate it to the broader message. The challenge here is to avoid equating Labor Day and hard work with how great Realtors are, which would be a pretty narrow view of our topic. Or, getting into unions, businesses, etc. All stuff that’s in the weeds.

Instead, let’s go big. This is like a Presidential proclamation, after all. Steve’s story was about how he benefited from his father’s work. Whose work do Realtors benefit from?

As Realtors, our business wouldn’t be possible without the efforts of so many:

At some point in every speech I write, no matter what the length, I try to dispense with sentences altogether and go to short bursts of words like this. It’s a chance to change the pace and since we’re nearing the end of the speech, it (hopefully) bumps up the energy level.

Around the office, we started naming every occupation that would be responsible for homes and buildings. I whittled down the list to a size that was still big but not overwhelming. I played with the arrangement of the words so it made some thematic sense and would be easy to say.

This section is based on two things:

By the way, Steve nails the rhythm of this section perfectly.

So, this weekend, as you spend time with friends and family for the holiday
I hope you take just a moment to remember those who laid the foundation for all of us
both personally and professionally.

Have a great Labor Day.

In closing, the call to action is simply a request to give a moment of your time, mentally, to those who made that moment possible. We return to friends and family in the setup at the beginning. “Laid the foundation” might be a bit obvious, imagery-wise, but merging the personal and professional underscores that work means more than the work itself.

There you have it, a section-by-section approach to taking an occasion and building a message around it which offers a personal story with a populist appeal. I hope it helps you think about how to structure that next set of remarks you need to write or give.

My thanks to Steve Brown for giving me the chance to write this for him. He was always very kind and easy to work with and, as simple as it may seem on the surface, it’s still one of my favorite things I’ve ever written.

“Page to Stage” or Writing for Presentations

My friend Steve’s commencement address and how it was written 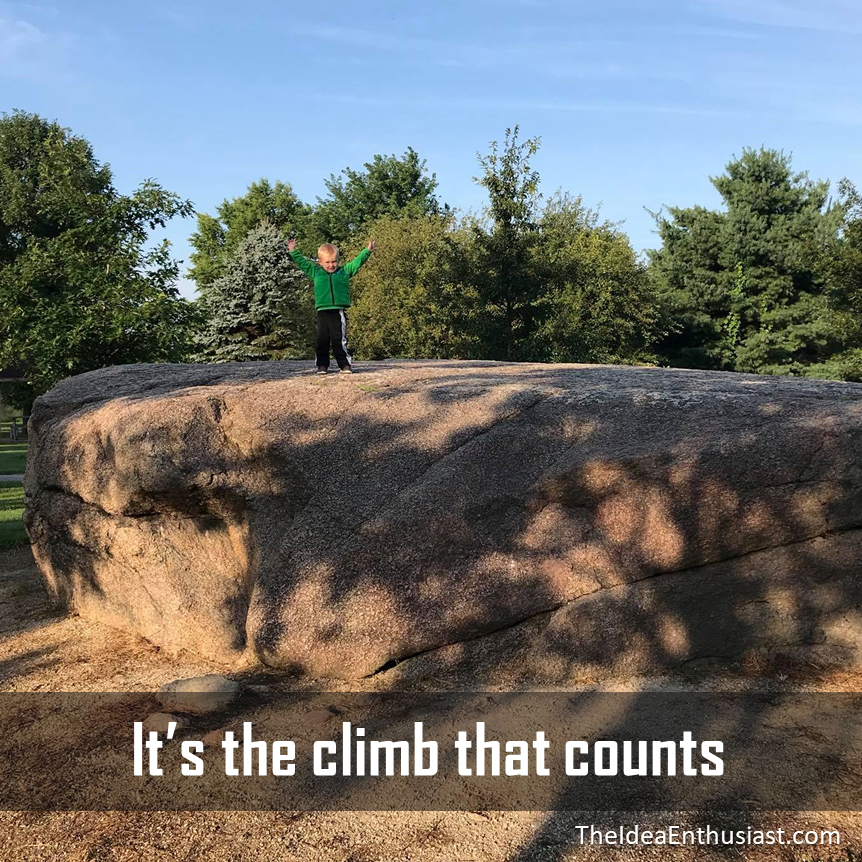 Dealing with the "curse of lofty goals"
Previous Article 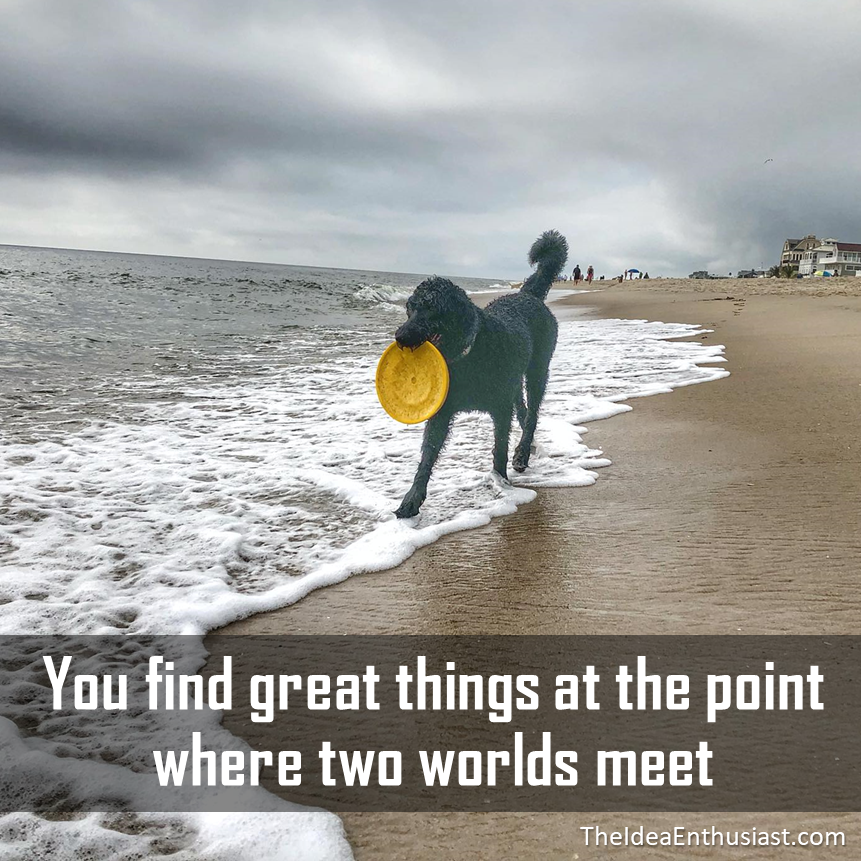